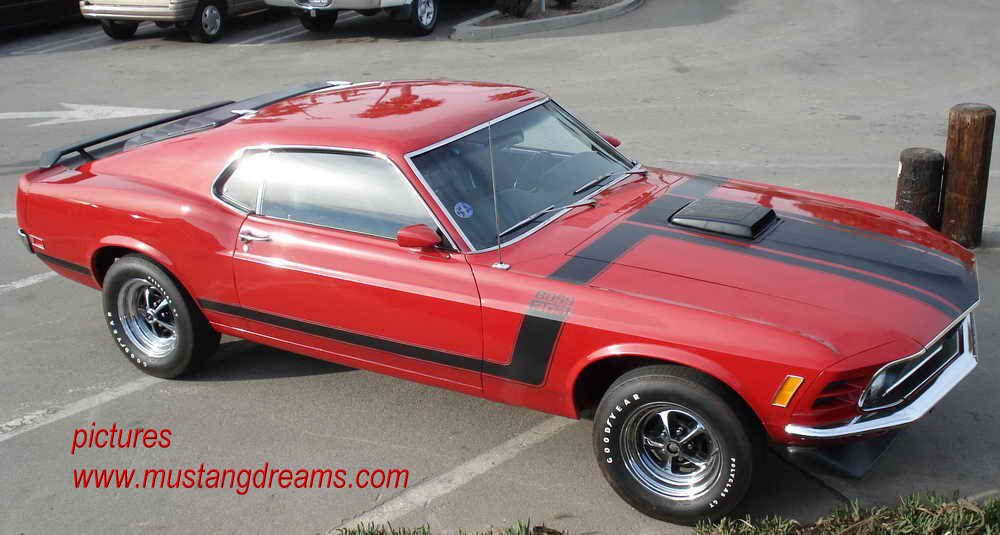 Ford added the Boss 302 cars to it's line of high performance Mustangs in 1969. The cars were a complete package aimed at
enthusiast who wanted a high horsepower car with excellent handling and braking. This is a 1970 model in factory color Medium Red.

The cars were a serious no frills street racer. For 1969 cars non functional items like the cosmetic side scoops seen
on the regular production '69 Sportsroof and Mach One cars were eliminated . The car came with a 4 speed manual
transmission ; girly-girl options like the automatic trans and air conditioning were not offered on the 1969-1970 Boss cars. 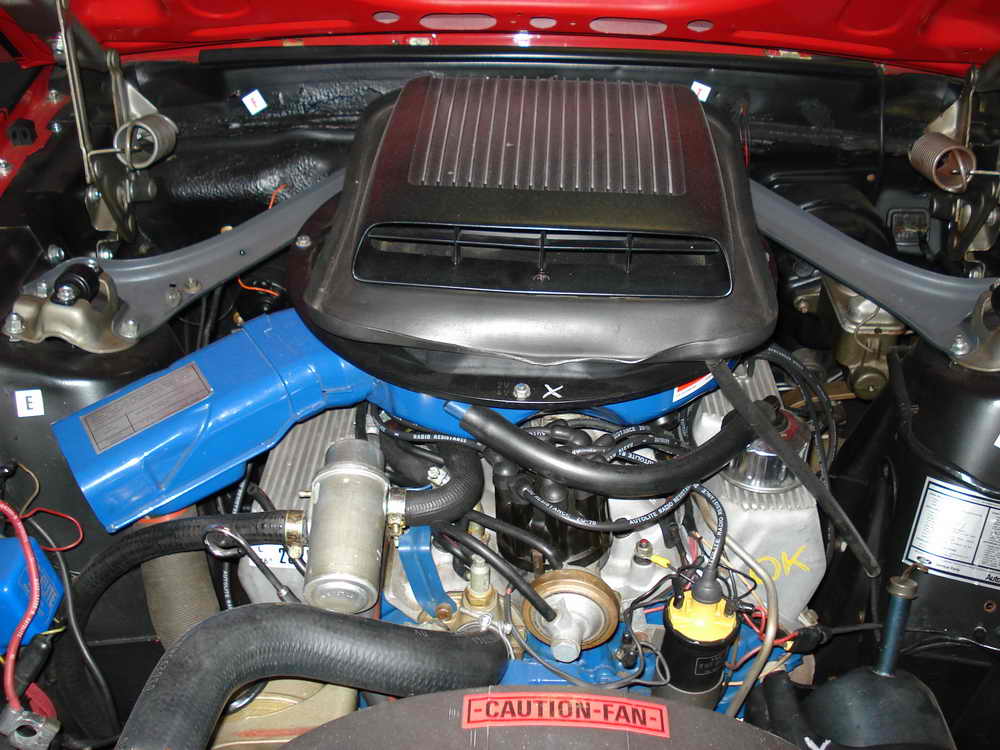 The Boss engine was a modified version of the original 289-302 block. The mill was fitted with
oversize intake and exhaust ports for better breathing and put out 290 HP. The air intake scoop
poked through opening in the hood and vibrated with the engine, hence the the name "Shaker Hood".

All images & text in this domain Copyright © S.E. Schwartz/Mustang Dreams