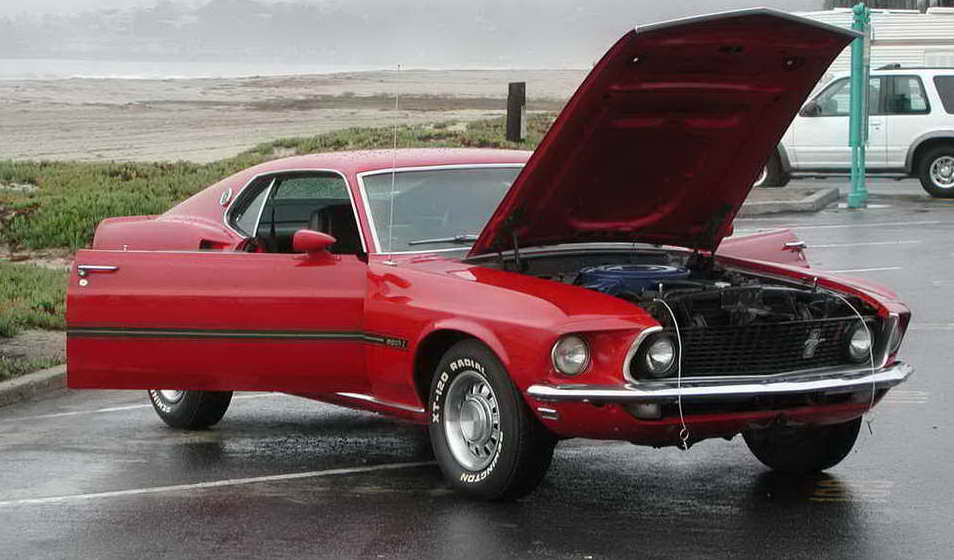 1969 Ford Mustang Mach 1 in Candyapple Red. The Mach cars were produced at the height of the high horse power race
between Ford, General Motors and Chrysler. It was deemed the Muscle Car for everyone and could be purchased for $3122.00 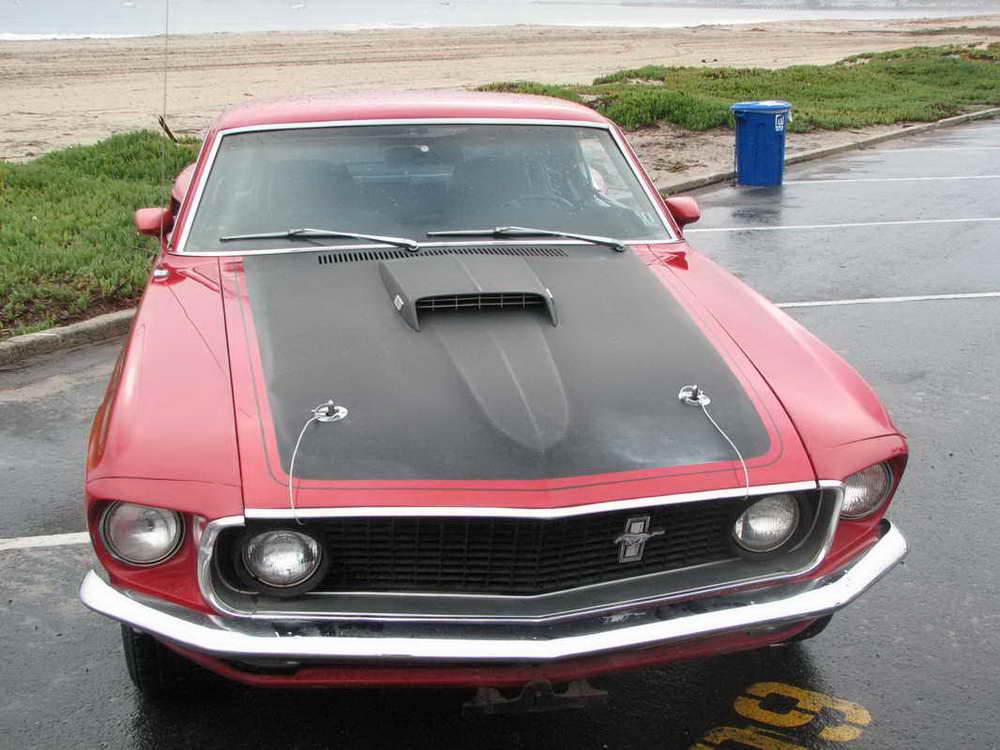 The 1969 Fastback, Coupe and Convertible body styles all got a complete makeover.   44% of all '69 Mustangs were ordered
as Fastbacks (or Sportsroofs as Ford called them). Some consider the'69-'70 fastback the sharpest Mustang ever made. 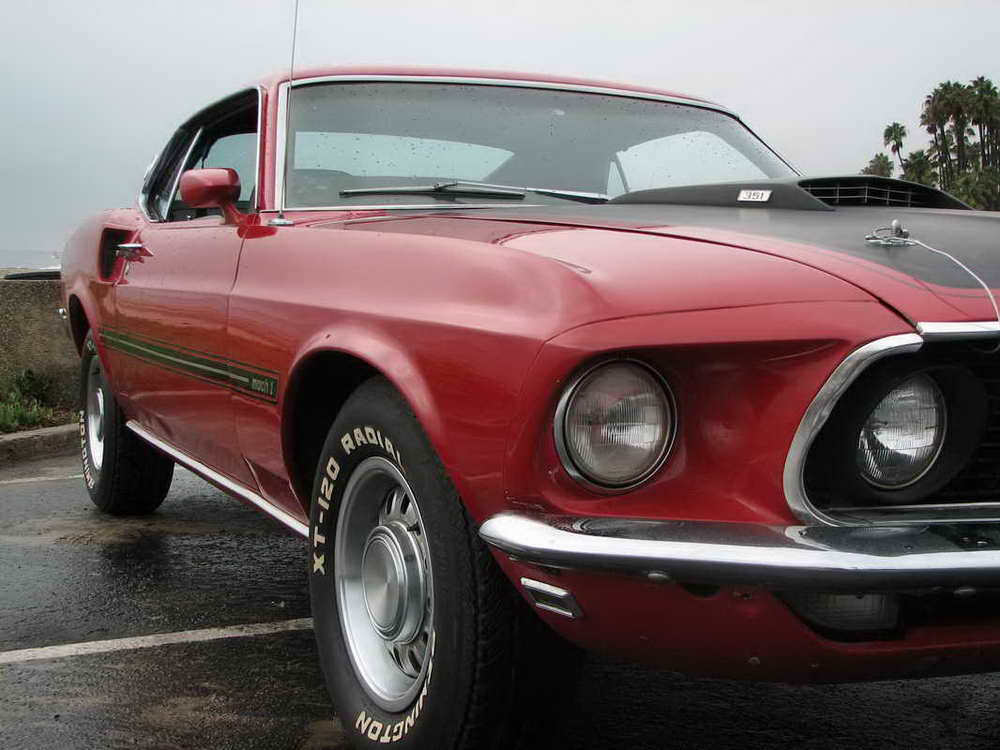 Ford went to a four headlight design for the 1969 Mach 1 cars.

The car has a great rakish profile and looks fast even when standing still. The stripping on the car
incorporated a holographic two part inlay that changed color depending on the light and viewing angle 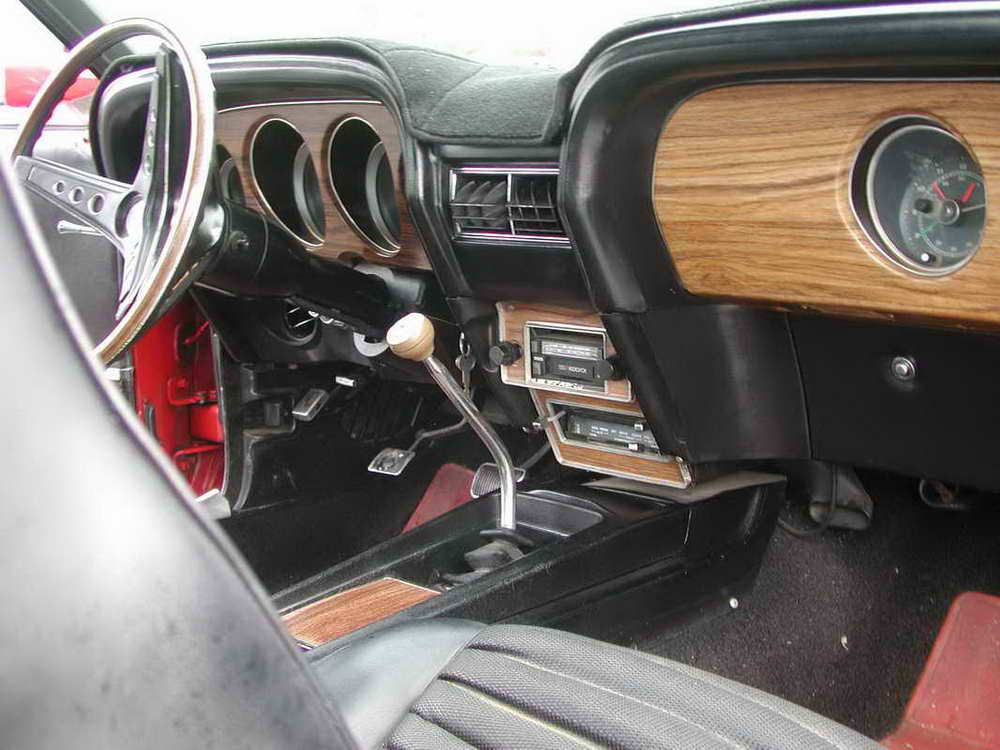 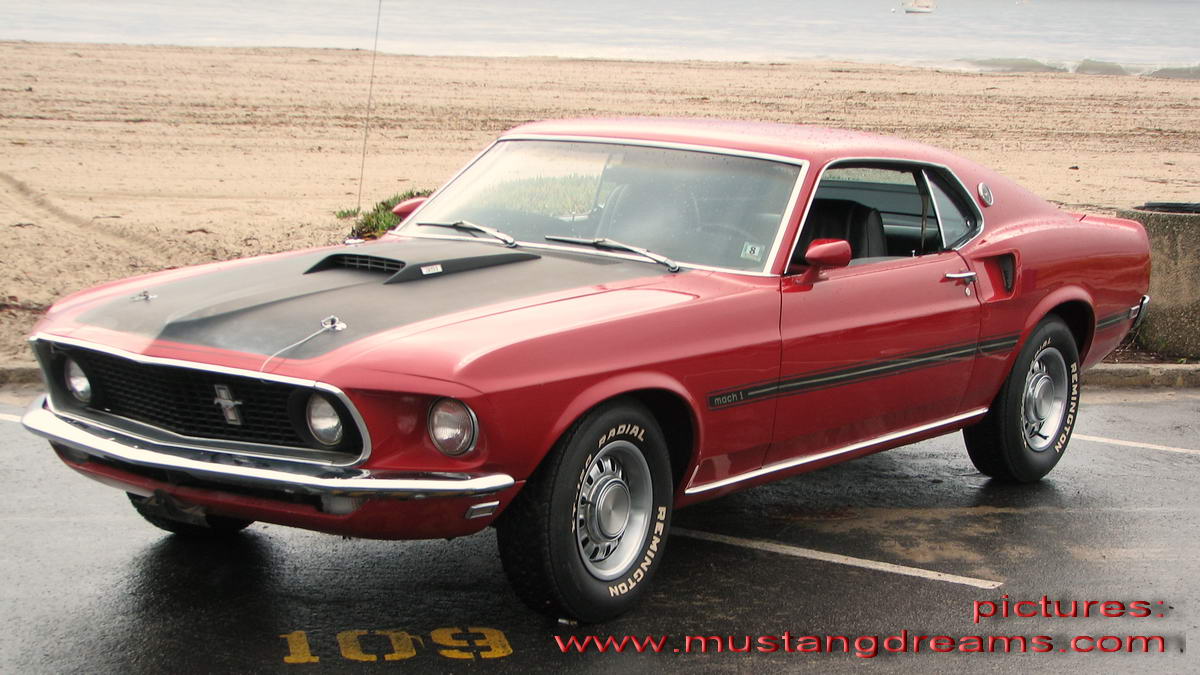 All images in this domain Copyright © S.E. Schwartz/Mustang Dreams